Russell Rafferty joined the department in April 2016 to fill the position of Captain of “A” Battalion with responsibility for Training and Safety.

Captain Rafferty has more than 30 years of fire service experience with his last assignment as Deputy Chief of Operations, EMS, and Training for the City of Deltona Fire Department in Deltona, FL.  Prior to taking on the position in Deltona, Russ served with the City of Port Orange Department of Fire and Rescue where he began his career in the fire service as a volunteer/part time firefighter in 1982 rising through the ranks as an Engineer, Lieutenant, Shift Commander, and finally as Division Chief of EMS. He is a certified National Registry Paramedic, EMS Instructor, Fire Service Instructor, Fire Inspector, Fire Officer, and Health and Safety Officer.

Captain Rafferty holds an Associate’s degree in Emergency Medical Service, Bachelor’s degree in Organizational Management, and is a 2010 graduate of the National Fire Academy’s Executive Fire Officer Program.  Captain Rafferty has become an excellent addition to our staff.

Russell and his wife Sabrina have two (2) children, Bryant lives in Virginia and Serena is attending college in Florida.  Russ and Sabrina have purchased a home in the Blue Ridge area of Greer.  He is an avid Chicago Bear fan and enjoys tennis and spending time with his family including his three boxers Wrangler, Minnie and Peytyn.

We are blessed to have Captain Rafferty and his wife Sabrina as part of the Glassy Mountain Fire Department family.

Captain Timothy Randy Crain joined the staff of Glassy Mountain Fire Department in March 2019 as FF/EMT with A Battalion bringing over 10 years of Emergency Services experience to the department.  Randy quickly rose to the ran 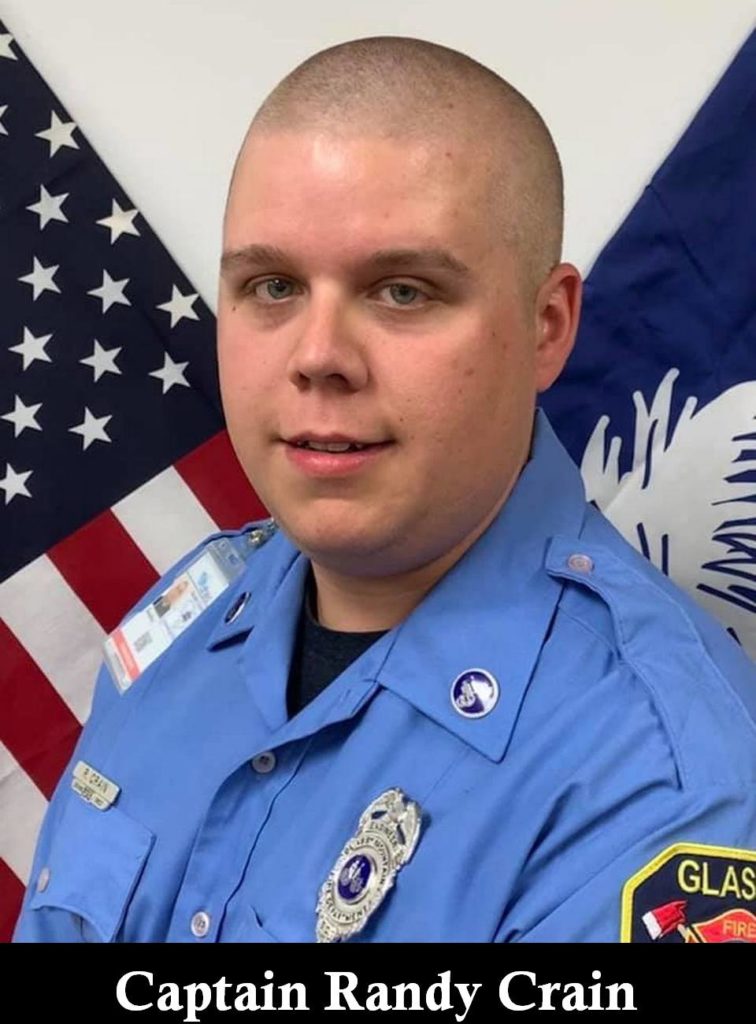 k of Engineer and was promoted to Captain in July of 2020.

The Captain began his Fire Service career with the Laurens County Fire Service in the Explorer program, worked his way up to Volunteer Firefighter, and went on to obtain EMT certification.  After obtaining his EMT, Randy served as Medical Officer, and Assistant Training Officer with the department.  He spent 5 years working in EMS prior to becoming a full time Firefighter/EMT with Boiling Springs Fire District in Greenville, SC.

After spending a few years with the Boiling Springs Fire Department, Randy moved on to his current career with Glassy Mountain Fire Department.   He has since obtained his Paramedic Certification, and completed his Degree in Health Science.  The Captain is an American Heart Association Instructor and has Level 2 Instructor status with the SC Fire Academy.  He is IFSAC Firefighter II certified.

Randy and his wife Kylah have two lovely daughters, Leah Grace & Alaina Faith, and a son, named Elijah.  The Captain and his family currently reside in Laurens County. 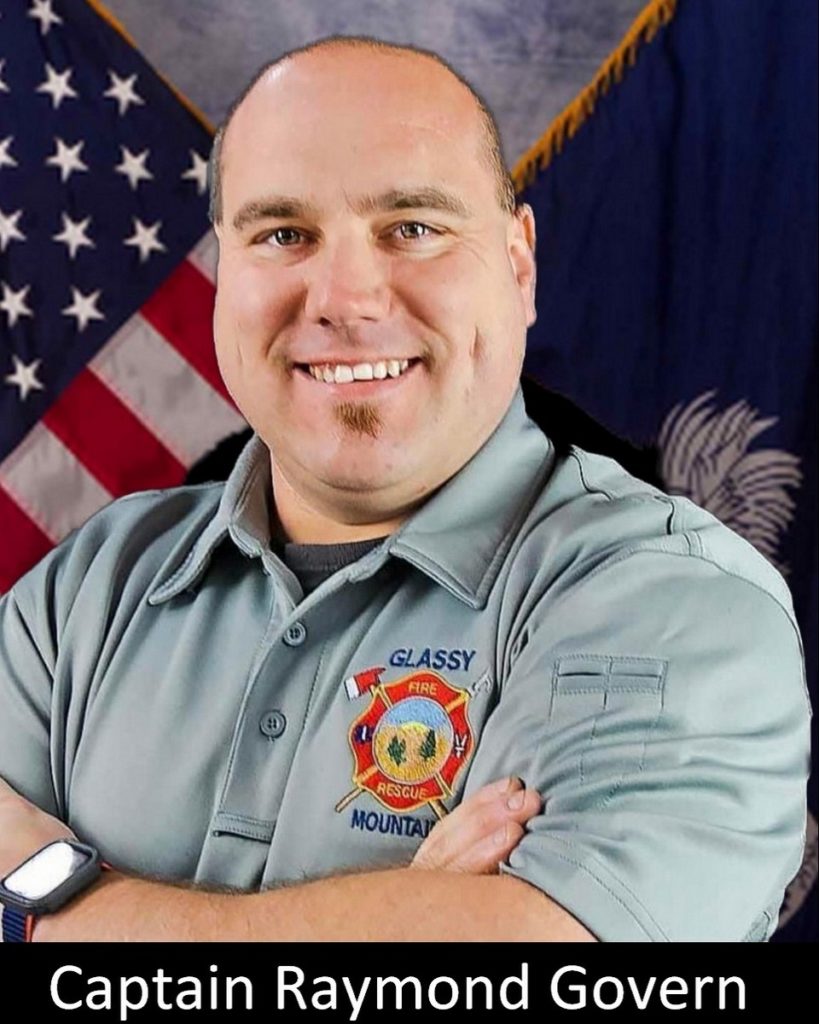 Captain Raymond Govern joined the staff in November 2019 as a Firefighter/AEMT with “C” Battalion. Captain Govern has more than 20 years of experience in Emergency Services.  He began his career as a Junior Firefighter in Henderson County, NC, taking classes while in High School and obtained his EMT Basic.  The Captain rose through the ranks as a volunteer from Firefighter to Captain.   In 2002, Captain Govern Began working as an EMT for ARC’ Angel Ambulance Service in Hendersonville.   In 2004, he started working at a Fire department in Buncombe County, NC, where he began as a Career Firefighter/EMT before being promoted to Lieutenant.

In January of 2022, Captain Govern became a Nationally Registered Paramedic.   He is an IFSAC Firefighter 2, a level 2 Instructor, and an AHA BLS/CPR instructor.

Captain Govern and his wife Amanda have 4 children, Reagan (who is a Cadet with the department), Dezi, Kenzie, and Ryker.  The Govern family currently live in Hendersonville, NC.